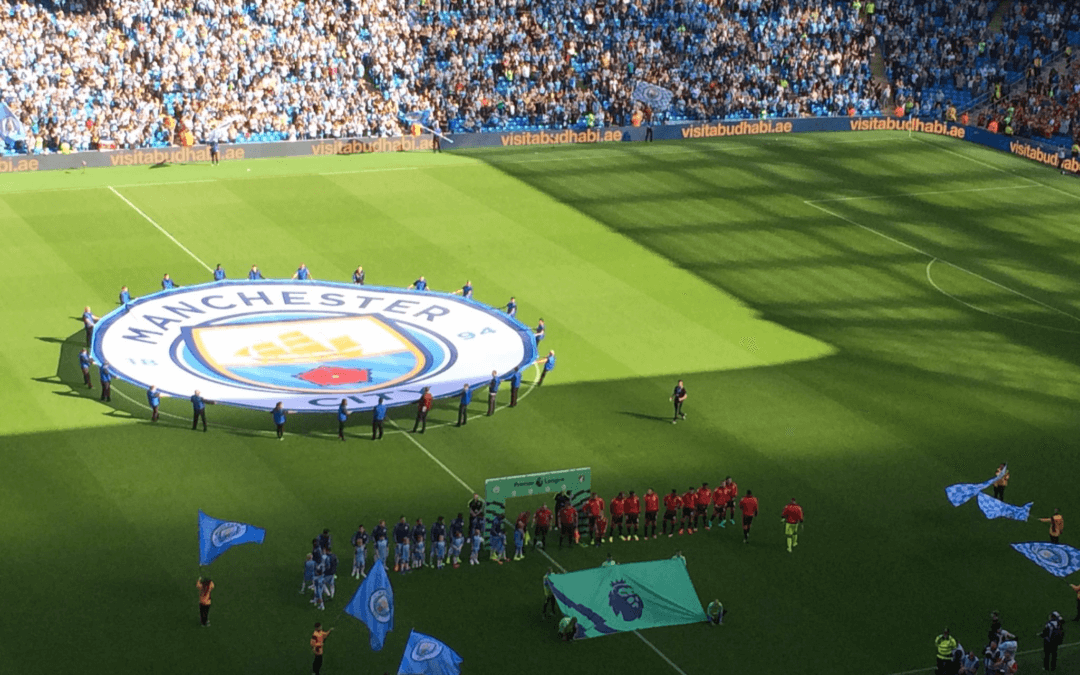 As another thrilling Premier League season comes to a close, our resident writer Liam Wilson takes a look at all the highs and lows as well as an in depth look in to how our featured clubs fared and what lies ahead for their respective campaigns next season.

Starting off at the top of the table are the ‘Fourmidables’ Manchester City who have won the first ever domestic treble in English Football! A remarkable feat considering the illustrious history of the English game and some of the incredible sides to play before them such as Manchester United’s European treble winning side of 1999 and Arsenal’s ‘Invincibles’ in 2004. What makes this season’s League triumph all the more impressive for City is that they had to amass a total of 98 points and a run of 14 consecutive victories in the run in to pip Liverpool to the title!

DID YOU KNOW? Liverpool’s point tally of 97 points in 2018/19 is the highest for any second placed side in European Football history? This overtakes Real Madrid who finished runners up in La Liga in 2009/10 under Manuel Pellegrini despite picking up a whopping 96 points!

With 3 more trophies on show after winning this seasons curtain raiser in the Community Shield, it comes as no surprise to see Manchester City launch a brand new Stadium Tour for 2019/20 which we are delighted to announce will be available in the PE5 SPORTS FOOTBALL TOUR PACKAGES next season!

Looking across the city to the United half now where it was a very mixed season for the Red Devils. A disappointing start saw the end of Jose Mourinho’s tenure where he was replaced with a slightly surprising appointment in former United hitman Ole Gunnar Solskjaer! The ‘baby faced assassin’ went on to win his first 10 games in charge including notable victories away to both Spurs and Arsenal as well as a stunning comeback victory away at Paris St Germain despite losing the first leg 2-0 at Old Trafford. After the remarkable win in the French Capital, Solskjaer was given the job on a permanent basis which seen a poor run of results stretch nearly as long as his winning tally.

DID YOU KNOW? Having picked up 26 points out of a possible 30, Ole Gunnar Solskjaer picked up more points than any other manager in their opening 10 Premier League matches? This puts him ahead of Guus Hiddink who managed 25 points in the same time frame during his reign at Chelsea.

With another summer sure to be full of transfer saga’s and rumours, we at PE5 expect Manchester United to spend big in order to mount a serious challenge for the top four and attempt to reclaim their place among the elite of the English game. We hope that this could lead to big performances from the Red Devils for our visits to Old Trafford next season as part of our 1, 2 & 3 DAY PE5 SPORTS FOOTBALL PACKAGES!

Over in the North East, Newcastle United could be set for their biggest summer in recent history with potential new owners looking to acquire the club from Mike Ashley. First and foremost though should be a new contract for manager Rafa Benitez who is integral to keeping the club in the Premier League on such a tight budget. Should Benitez be backed by new owners in the transfer market and we could see this massive club finally reach its potential!

Last season The Magpies had a mixed campaign with patchy form for the most part with some notable performances thrown in such as a 2-0 home victory over title winners Manchester City. Benitez will be looking to build on that this time around by keeping hold of key players whilst hoping to add a few new faces along with January signing Miguel Almiron coming to the fore.

DID YOU KNOW? Miguel Almiron became Newcastle United’s record transfer after completing a move from Atlanta Utd for £21m? The club record was previously set by their purchase of Michael Owen for £16m all the way back in 2005!

With times looking like they could change up on Tyneside over the next couple of years, you could see the Toon Army climb the table and challenge for European places on one of our PE5 SPORTS FOOTBALL TOURS today!

With the 2019/20 fixture release just around the corner please contact us at info@pe5sportstours.com for more information if you are interested in any of our bespoke tours that are designed specifically to your school, team or clubs needs,