A Welcome to our first group from the US 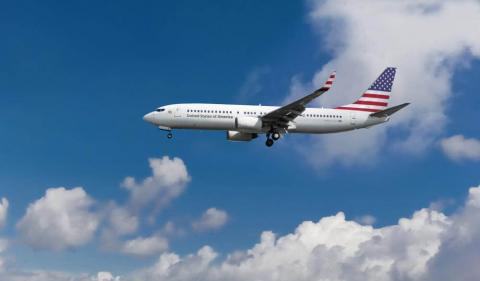 As we prepare to welcome the first of many North American groups in 2019 on to British soil with our PE5 SOCCER AND CULTURE PACKAGE, our resident writer Liam Wilson takes a closer look in to (our visitors) local side Seattle Sounders, all things connecting Major League Soccer to the Premier League and further links between the two countries!

With the ever growing MLS now underway for its 23rd season, there is a lot more to the league than the high profile signings of aging elite players that many people mistake it for. Over the last decade as Major League Soccer has tried to expand, we have seen Premier League legends such as Steven Gerrard, Frank Lampard and most recently Wayne Rooney cross the pond to sample the American game. However, look a little closer and you will see a league that is an ideal starting ground for young hungry footballers that has provided an abundance of talent to the Premier League in years gone by.

Where better place to start than with our visitors local professional team of Seattle Sounders! Academy graduate DeAndre Yedlin has made the right back place his own at Newcastle United this season and will be looking to add to his 58 international caps for the US Men’s National Team. However, he has some way to go to reach the monstrous 141 caps set by his ex-Sounders team-mate Clint Dempsey who seen out his career in Seattle after a successful spell in London where he reached a Uefa Cup Final and became Fulham’s all-time top Premier League goalscorer in the process!

As our visitors prepare to visit Old Trafford to take in Manchester United vs. Watford, it is worth mentioning another ex-USMNT legend and former Red Devils stopper, Tim Howard! After impressing over a five year spell with Metro Stars (now New York Red Bulls), Howard was signed by Sir Alex Ferguson where he made over 50 appearances in all competitions including a clean sheet and winners medal in an FA Cup Final. Howard went on to play for Everton and became a real fans favourite making over 350 Premier League appearances for the Toffees.

Time for our visitors to cross the city for FA Women’s Super League action with Manchester City Women! Captain Steph Houghton and co will be looking to keep their unbeaten league record intact and stretch their lead over second placed Arsenal as they continue the search for their second WSL title. With many City players being a key part of the victorious England Lionesses side in last week’s SheBelieves Cup held in the United States, (our visitors) look in for a real treat at the Academy Stadium!

As well as visiting many iconic footballing locations and creating memorable moments, (our visitors) will also receive a further educational experience second to none on our PE5 SOCCER AND CULTURE PACKAGE. Historical York is first up for (our visitors) where they will adventure around the town in which New York City was named after in 1664! The medieval area around ‘The Shambles’ are some of the UK’s most photographed streets and draw in thousands of tourists each year and then it is full steam ahead as York is also home to the National Railway Museum! Finally our visitors will head to the walled city of Chester where they will be taken back in time to Medieval England! Famed for many ancient buildings this is a city steeped in history starting as far back as 78AD where it was initially built as a Roman Fort!

If your club or school group would be interested in a similar package or one of our alternative North American Soccer Packages tailored specifically to your needs, please contact us at info@pe5sportstours.com to find out more!